Here are some further thoughts on the harmonic patterns I outlined in Part 1. The inspiration here is my background in engineering mathematics, and the relationship between sine and cosine waves. In trigonometry, a circle is born from the interaction of sine and cosine waves (see my post “We shall not cease from exploration.”)

I have extended my harmonic analysis with both sine and cosine waves, which are natural siblings. A cosine wave is identical to a sine wave, but shifted in phase by 45º. This means that a sine wave’s zero points link up with a cosine wave’s maxima (peak or valley)

There is also a complementary relationship through the mathematical first derivative, where the cosine wave represents the rate of change of the sine wave (and vice versa, if you add a negative sign). From a physical perspective, this relationship is displacement vs. velocity, as well as velocity vs. acceleration.

Here I begin with the four quadrants of Wilber's Integral Theory, and deconstruct them with elements of the first and second harmonics.

In the language of Integral Philosophy, the four quadrants are equally valid perspectives on reality: 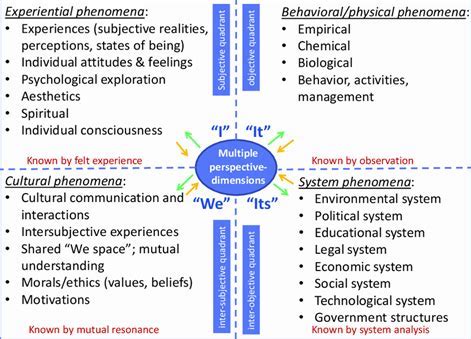 In Wilber’s theory these quadrants are not connected in a particular order. In applying them to astrology, I am equating them with the cycle of growth through an individual’s evolutionary life journey. Typically this cycle is most frequency related to the wheel of astrological houses, but there is a correlation with the zodiac as well. These four developmental lenses could be labeled core-intentional self, behavioral-environmental self, social-ecological self, and transpersonal-collective self.

I am still working out the nuances of this model with respect to sine waves, so for now it is simplest to consider each sector as all or nothing, rather than a smooth gradation.

Bringing in the second harmonic, which traverses two cycles around the circle, we have the oscillating pattern of exploration vs integration. This could also be seen as a form of extroversion vs. introversion, comparable with the 6th harmonic.

Here I add the 3rd sine to complement the 3rd cosine from Part 1. It was born through contemplation of the similarities and differences of the four Elements. Boiling things down to a single word is quite difficult. Looking at what Fire and Earth share vs. Air and Water was a big challenge. At first I considered stable vs. reactive, but ultimately came up with concrete vs. abstract. Can you find a better word? Let me know!

Update: I was curious to see if ChatGPT could provide any insight, here’s what it said:

Air and Water, on the other hand, are associated with more abstract and intangible aspects of life, such as the mind, the emotions, and the imagination. They are both associated with qualities such as adaptability, flexibility, and a focus on the future.”

Similarly, I explored analysis-resynthesis by sine and cosine waves to extend our understanding of modality. Dividing a cosine wave into three parts (as below), we find that the first and last segments are two halves of the cycle peak, and the center segment is the valley. 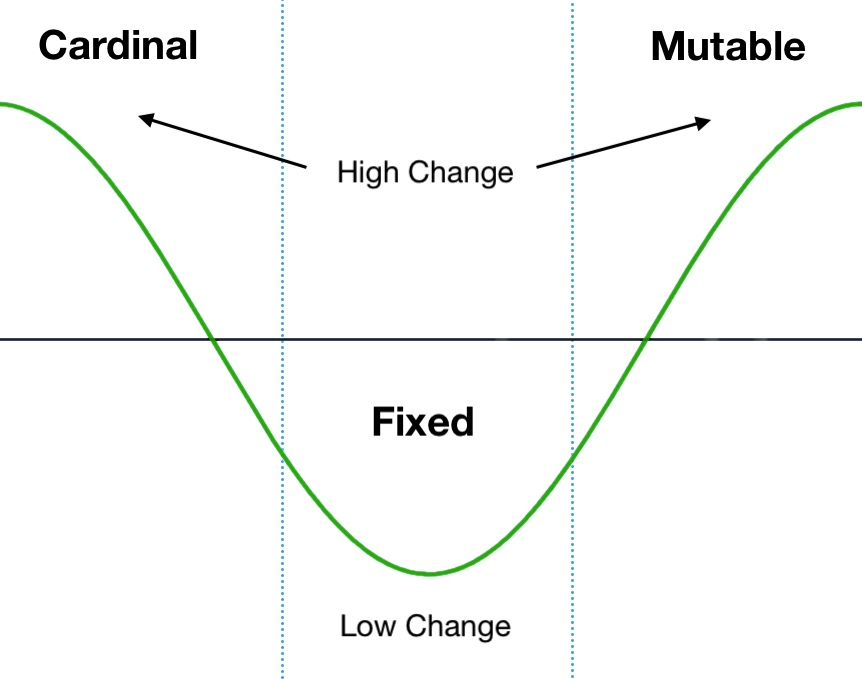 Is there a common quality between cardinality and mutability than can be extracted? For lack of a better word I am labeling this quality as “change.” Cardinality begins with maximum change and accelerates towards waning change (aka initiating). Mutability begins with low change and accelerates towards growing change (aka adaptive). Fixity is oriented around the central point of minimum change, and has low velocity. 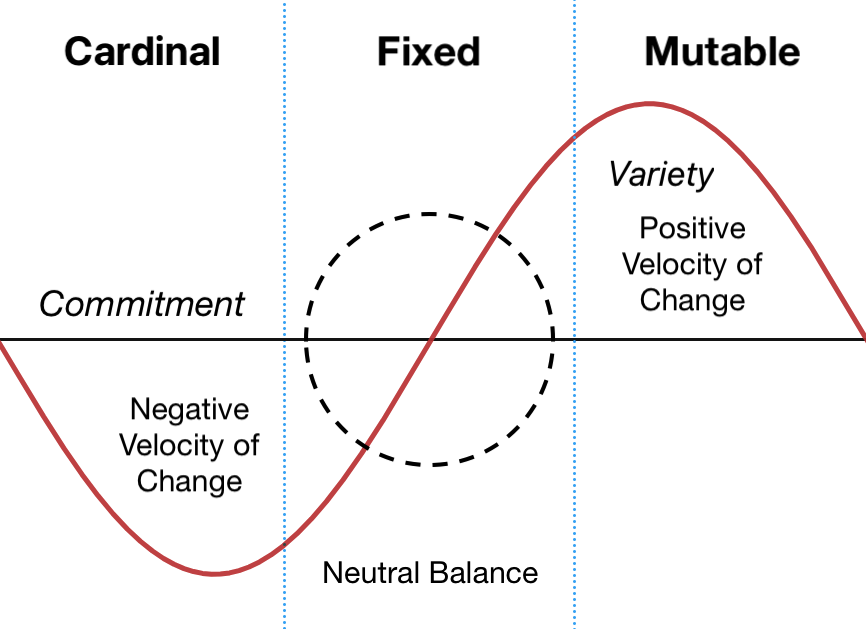 The table below summarizes the red and green images above.

Putting it All Together: Zodiacal Harmonic Resynthesis

Combining the above keynotes gives the following harmonic resynthesis:

What do you think? Drop me an email if you have any corrections or elaborations.